It's not possible to remove all traces of lead from the food supply, because the heavy metal is found throughout the environment and can be absorbed by plants. So traces are found in the vegetables, fruits and grains that are used to make baby food.

But as toxic metal exposure can be harmful to developing brains, the Food and Drug Administration is issuingnew guidelines to reduce children's exposure to the lowest level possible.

The FDA estimates these lower levels could result in a 24 to 27% reduction in exposure to lead resulting in "long-term, meaningful and sustainable reductions in the exposure to this contaminant from these foods," according to a statement byFDA Commissioner Robert Califf.

"We know that the less amount of these metals in babies' bodies, the better," says Dr. Aaron Bernstein, a pediatricianat Boston Children's Hospital and a member of the American Academy of Pediatrics. So, he says the goal should be to minimize how much lead a child is exposed to.

"Parents need to recognize that foods have metals in them naturally in some cases," he says. So it's best "to feed your child a variety of foods to the extent that's possible." Some foods will have more lead than others and a varied diet is also good for nutrition — so following "good nutritional guidance will also reduce exposure to these metals," Bernstein says.

The American Academy of Pediatrics has several tips for parents on how to reduce children's exposure to heavy metals: Serve a variety of foods, read labels, switch up your infant cereals and check your water supply for heavy metals.

In addition offer toddlers and young children sliced or pureed fruit instead of fruit juice, because some fruit juices can contain concerning levels of heavy metals.

"Fruit juices can have as much, if not more of these very metals we're trying to minimize," Bernstein says. And he says juice is a "sugar hit" for kids, so nutritionally it's a good thing to avoid.

The FDA says there has already been a dramatic decline in lead exposure from foods since the mid-1980s. Lead was phased out of gasoline and paint decades ago and there's currently lots of federal funding to replace old water pipes that contain lead, pushed through partly in response to shocking stories of lead poisoningin places like Flint, Michigan.

Dr. Leonardo Trasande, a pediatrician at NYU Langone Health, says the FDA is moving in the right direction with these new targets, but we've known about these toxins for decades, he says.

"As much as this is a baby step forward in limiting toxic exposures for children's health, the FDA has been glacial in its pace of addressing newer and emerging contaminants," he says.

Chemicals such as phthalateswhich are used in packaging can find their way into food. Trasande says we need to know how these compounds may also be impacting children's health. 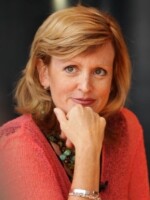 Allison Aubrey
Allison Aubrey is a Washington-based correspondent for NPR News, where her stories can be heard on Morning Edition and All Things Considered. She has reported extensively on the coronavirus pandemic since it began, providing near-daily coverage of new developments and effects. She's also a contributor to the PBS NewsHour and is one of the hosts of NPR's Life Kit. 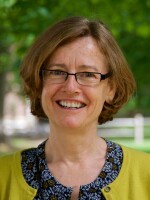 Jane Greenhalgh
Jane Greenhalgh is a senior producer and editor on NPR's Science Desk.
Support for KPCC comes from:
Become a KPCC Sponsor