Arizona Sen. Kyrsten Sinema, an unapologetic moderate who has alienated progressives with her stance on the filibuster and other issues, is leaving the Democratic Party to register as an independent.

Sinema announced the news on Friday via Twitter, in an Arizona Republic op-ed and interviews with CNN and Politico.

"In a natural extension of my service since I was first elected to Congress, I have joined the growing numbers of Arizonans who reject party politics by declaring my independence from the broken partisan system in Washington and formally registering as an Arizona Independent," she tweeted.

Sinema's move is unlikely to change the power balance in the Senate, as it comes days after Sen. Raphael Warnock won the Georgia runoff election to give Democrats a 51-49 majority. That includes two independents who caucus with them, Sens. Bernie Sanders of Vermont and Angus King of Maine.

"We understand that [Sinema's] decision to register as an independent in Arizona does not change the new Democratic majority control of the Senate, and we have every reason to expect that we will continue to work successfully with her," White House press secretary Karine Jean-Pierre said in a statement.

Sinema notified Senate Majority Leader Chuck Schumer of her decision on Thursday, and he agreed to keep her committee assignments as they are.

"I believe she's a good and effective Senator and am looking forward to a productive session in the new Democratic majority Senate," Schumer said in a statement.

Sinema says she doesn't want to fit in a box

Sinema told Politico she will not caucus with Republicans. She also said she won't attend weekly Democratic Caucus meetings, but rarely does that now. And she wrote in her op-ed that becoming an independent won't change her work in the Senate, adding that "my service to Arizona remains the same."

"I've never fit neatly into any party box. I've never really tried. I don't want to," she told CNN. "Removing myself from the partisan structure — not only is it true to who I am and how I operate, I also think it'll provide a place of belonging for many folks across the state and the country, who also are tired of the partisanship."

In 2018, Sinema became the first Arizona Democrat elected to the Senate in 30 years, as well as the state's first-ever female senator and the first openly bisexual senator in U.S. history. She promised to "be an independent voice for all Arizonans."

But Sinema's bipartisan approach to legislating had alienated many of her Democratic colleagues and constituents, particularly over the last two years, in an evenly divided Senate where any one vote could influence or derail a bill (even with the House and White House under Democratic control).

Over the last two years, she and fellow moderate Democratic Sen. Joe Manchin of West Virginia have been criticized as standing in the way of President Biden's agenda by regularly holding up or objecting to parts of key legislation, as was the case with Democrats' key budget package.

Fellow Arizona lawmaker, Rep. Raúl M. Grijalva, a Democrat, summed up this frustration among some in his caucus in a statement on Friday and called Sinema's switch "predictable."

"Her decision, while disappointing, does not shift the balance of power and Democrats will move forward putting people over politics with or without her help," he said in the statement.

In Friday's op-ed, Sinema acknowledged that her approach has led to tension, at times, on both sides of the aisle.

"My approach is rare in Washington and has upset partisans in both parties," she wrote. "It is also an approach that has delivered lasting results for Arizona."

Sinema pointed to her work with colleagues on both sides of the aisle to pass legislation related to critical infrastructure, economic competitiveness, water issues, veterans' benefits, marriage access for LGTBQ Americans and gun safety, among other issues.

And she named several areas in which her position and priorities remain steadfast — for example, that "a woman's health care decision should be between her, her doctor and her family" and her work to "secure the southern border, ensure fair and humane treatment for migrants and permanently protect 'Dreamers.'"

But she also wrote about what she won't do.

"If anyone previously supported me because they believed, contrary to my promise, that I would be a blindly loyal vote for a partisan agenda – or for those who believe our state should be represented by partisans who push divisive, negative politics, regardless of the impact on our state – then there are sure to be others vying for your support," she added.

Sinema is up for reelection in 2024. She declined to discuss pursuing a second Senate term, telling Politico, "It's fair to say that I'm not talking about it right now."

Still, in addition to the ideological points she's made, the decision to become independent may also be a political calculation by Sinema that she couldn't win in a Democratic primary.

Rep. Ruben Gallego, D-Ariz., had emerged as a potential Democratic challenger to Sinema, but she would not face him in a primary as an independent. The Democratic political action committee that has been organizing against Sinema said in a statement that the senator "just made our jobs easier by bowing out of a Democratic primary she knew she couldn't win. Now, we'll beat her in the general election with a real Democrat."

Arizona has shifted from once reliably red to become a swing state since Sinema's election in 2018. It's electorate is roughly one third Democrats, one third independents and one third Republican. But if Sinema runs as an independent, she could split the votes with a Democratic candidate and give an opening to the GOP to flip the seat red in 2024.

Rachel Treisman
Rachel Treisman (she/her) is a writer and editor for the Morning Edition live blog, which she helped launch in early 2021. 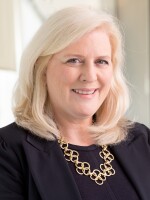