New York City Mayor Eric Adams is facing backlash after moving forward with a host of policy changes that crack down on the city's homeless population.

On Tuesday, Adams announced officials will begin hospitalizing more homeless people by involuntarily providing care to those deemed to be in "psychiatric crisis."

"For too long, there has been a gray area where policy, law, and accountability have not been clear, and this has allowed people in need to slip through the cracks," Adams said. "This culture of uncertainty has led to untold suffering and deep frustration. It cannot continue."

And for months, Adams and his administration have discussedstopping unhoused people from sheltering in subways despite pending budget cuts that will remove services the city provides to the homeless. At least 470 people were reportedly arrested this year for "being outstretched" or taking up more than one seat on a train car. In March, the authorities targeted those living under the Brooklyn-Queens expressway in Williamsburg while Adams reportedly attended an event promoting a Wells Fargo credit card people can use to pay rent.

"Mayor Adams continues to get it wrong when it comes to his reliance on ineffective surveillance, policing, and involuntary transport and treatment of people with mental illness," Jacquelyn Simone, policy director for the Coalition for the Homeless, said in a statement on Tuesday. "Homeless people are more likely to be the victims of crimes than the perpetrators, but Mayor Adams has continually scapegoated homeless people and others with mental illness as violent.

Eva Wong, the director of the mayor's office of community mental health, defended the changes.

"These new protocols and trainings will ensure that agencies and systems responsible for connecting our community members with severe mental illnesses to treatments are working in unison to get them the support they need and deserve," Wong said.

However, others are unsure if the city has the infrastructure it needs for emergency medical response. New York City public advocate Jumaane D. Williams said the city needs to invest millions into its approach to the ongoing mental health crisis.

The number of respite care centers, which the city uses to house those in crisis, fell by half in the past three years, according to a recent report. Only two drop-in centers for adults dealing with a mental health crisis have been created since 2019. There were more than 60,000 homeless people, including 19,310 homeless children, sleeping in New York City's main municipal shelter system, as of September, according to the Coalition for the Homeless.

"The ongoing reckoning with how we define and produce public safety has also put a spotlight on the need to holistically address this crisis as an issue of health, rather than simply law enforcement," Williams said in astatement. 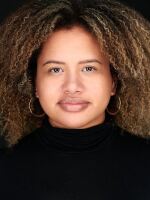 Giulia Heyward
Giulia Heyward is a weekend reporter for Digital News, based out of New York. She previously covered education and other national news as a reporting fellow at The New York Times and as the national education reporter at Capital B News. She interned for POLITICO, where she covered criminal justice reform in Florida, and CNN, as a writer for the trends & culture team. Her work has also been published in The Atlantic, HuffPost and The New Republic.
Support for KPCC comes from:
Become a KPCC Sponsor