Biden's bad week and the unreality of great expectations

The bad news keeps on coming for President Biden. He ended 2021 at a low point in his presidency, hoping to turn it around in the new year.

But things have only gotten worse. His spending and voting rights plans are at congressional dead ends. Inflation remains at multi-decade highs. The omicron variant of the coronavirus continues a rapid spread. The Supreme Court ruled against his administration's vaccine-or-test mandate. And there are rising threats from Russia and North Korea.

Presidents need to be able to do multiple things at once, but that's a lot weighing down Biden. And his approval rating is suffering because of it. Biden's average approval rating sits at about 42%, and a Quinnipiac poll this week had it at 33%.

Numbers like that have to have the White House concerned — and Republicans cheering.

Biden acknowledged the struggles Friday, as he was set to give a speech on failing infrastructure in the country and how the bipartisan infrastructure law he signed in November would rebuild many bridges and roads.

"There's a lot of talk about disappointments and things we haven't gotten done," Biden said. "We're going to get a lot of them done, I might add. But this is something we did get done, and it's of enormous consequence to the country."

Considering that Democrats have the narrowest of narrow majorities in the Senate — 50-50 with the vice president breaking ties — it's remarkable in some respects how much they've gotten done: that $1 trillion infrastructure bill, for example, as well as the almost $2 trillion COVID relief bill and a diverse group of dozens of judges.

But with Democrats staring down the midterm elections with Republicans favored to take back the House, there is tremendous frustration within the president's party for not being able to get some big key agenda items passed — namely his Build Back Better bill, which highlighted months of difficult public intra-party negotiations that seemed to go nowhere, and, of course, muscular voting rights legislation.

It's not just the legislative frustrations like the filibuster (more on that below); the pandemic is still raging.

Omicron's rapid spread is wreaking havoc across the country. While cases have been milder for those who are vaccinated, hospitals are being flooded with unvaccinated patients and schools are in disarray, trying to figure out a Rubik's cube that keeps on changing colors.

The White House has taken heat for not being prepared for the latest surge and for the messaging shortcomings from the Centers for Disease Control and Prevention.

Testing has been a major issue. On Thursday, Biden said the administration would raise its purchase of COVID-19 rapid tests from 500 million to 1 billion. On Friday, Biden announced that Americans can begin ordering free at-home tests next week.

The timeline means Americans won't receive tests until the end of the month, at the earliest.

In an interview that aired Thursday, NBC's Craig Melvin asked Vice President Harris whether ordering more tests should have been done sooner. Harris didn't acknowledge mistakes, but said, "We are doing it."

"But should we have done it sooner?" Melvin pressed.

"We are doing it," Harris said.

It harkens back to the beginning of the pandemic, though the reasons are slightly different and the sparseness not as prolonged.

But that hasn't stopped conservatives, who are champing at the bit to regain power in Congress after this year's midterm elections, to start the hashtag #BareShelvesBiden.

The Supreme Court's ruling striking down the administration's vaccine-or-test requirement (a separate rule for health care workers was upheld) was another blow to the Biden administration and a reminder of the significance of a president being able to appoint justices.

And that's just domestic. Overseas, Russia is again posing a real threat to Ukraine and the NATO alliance, and North Korea launched more missile tests, leading to a brief grounding of planes on America's West Coast.

What to expect when expectations are too high

As has been well known, Democrats' priorities have mostly been held up by two of their own senators, who continue to balk at what they see as going too far in one way or another.

That's been the story since Biden took office, and nothing has changed. So Biden may be rightly criticized for setting expectations too high for what could actually get done.

Lots of politicians are guilty of that. They promise the moon during a campaign, only to find the presidency is a rocket ship without much fuel of its own.

"This is a dilemma of the presidency," said Brendan Nyhan, a professor at Dartmouth, who studies misperceptions in politics. "The president has relatively few powers. To try to overcome the limits of their powers, they try to make a public case for that agenda."

But because their powers are so limited, Nyhan added, there is a "cycle of hope and disappointment that recurs again and again."

People expecting that a president can do more than the checks and balances of the system allow is something Nyhan refers to as the "Green Lantern Theory" of politics.

The comic book hero, the Green Lantern, has a ring that can do almost anything. The key to its power, though, is the user's own willpower.

In other words, the only thing limiting the wearer of the ring is a failure of imagination.

But that's not how the presidency works.

"Biden is falling victim to Green Lantern-style expectations," Nyhan said. "People expect him to be able to change votes and think the failure on voting rights is because he hasn't tried hard enough."

Nyhan pointed out that it's equally plausible that the more public Biden is in support of the legislation, the harder it is for someone like Sen. Joe Manchin, D-W.Va., to support it.

That's because Manchin comes from a state where Biden won less than 30% of the vote in the 2020 election.

Sweeping change is usually only passed through Congress when a president has numbers on his side.

While Manchin comes from a very conservative state, the other holdout senator on most things, Kyrsten Sinema of Arizona, is in a purple state that Biden won by just over 10,000 votes.

Her calculus is likely that doing something such as eliminating the legislative filibuster — which is, in theory, supposed to encourage negotiation — could hurt the politically independent image she's burnished for herself.

Of course, in practice, the filibuster, which requires 60 votes to end debate and move to an up-or-down vote, has been abused in recent years. It has created essentially a 60-vote standard for any legislation to pass, which was never the intention.

Biden was a defender of the filibuster. But running into a brick wall of Republican intransigence on voting rights — and facing a restive progressive base that wants to see him doing something — Biden has changed course.

"Sadly, the United States Senate — designed to be the world's greatest deliberative body — has been rendered a shell of its former self," Biden said Tuesday during his speech on voting rights in Atlanta. "It gives me no satisfaction in saying that, as an institutionalist, as a man who was honored to serve in the Senate. But as an institutionalist, I believe that the threat to our democracy is so grave that we must find a way to pass these voting rights bills, debate them, vote.

"Let the majority prevail. And if that bare minimum is blocked, we have no option but to change the Senate rules, including getting rid of the filibuster for this."

That is not an insignificant shift for a man who served in the Senate for 36 years, has long been seen as someone who seeks compromise, and who ran on the very notion of uniting the country.

And yet, despite Biden's move, many voting rights activists did not attend his speech. They felt his support had come too little, too late.

That's despite it being clear from the beginning of Biden's presidency that the votes weren't there — and still aren't — for eliminating the filibuster. And it's not at all clear what Biden coming out against the filibuster from the start would have made.

Too much emphasis on the politics of the personal

Biden puts a lot — perhaps too much — stock in his powers of persuasion, both domestically and on the world stage.

The president met several times with Manchin, for example, and they seem to have a genuine regard for one another. But Manchin hasn't budged in moving to support Biden's multitrillion-dollar Build Back Better plan — or eliminating the filibuster to pass voting rights legislation.

Biden thought he could get Manchin and Sinema to move toward his position using the politics of the personal, and it didn't happen. It's simply hard to negotiate without numbers, leverage or incentives.

One could argue that all the months of intra-party negotiations have done is to prolong the inevitable — and air a lot of dirty Democratic laundry that would have been better off staying in the hamper.

"People have deeply drunk from the well of presidential mythology and have a hard time reconciling themselves to the limits of the office," Nyhan said.

That doesn't mean it isn't worth trying to make a public push for legislation. There's always the chance a holdout senator could be inspired and come around. But it rarely works, and people should moderate their expectations, Nyhan noted.

"It's important for people to see that this pattern is structural," Nyhan said, adding, "When the most talented and skilled politicians in the country have this happening to them again and again, you have to realize it's not the people, it's the institutions." 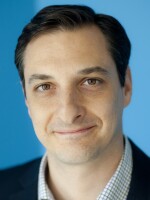 The latest information you need to start your day.
Latest LAist Headlines
More on LAist
Latest from NPR