Many Los Angeles early childcare programs are operating with little financial security according to a new analysis from the Nonprofit Finance Fund.

Half of those providers had less than one month of operating cash on hand—only 12 percent had three months or more in reserves.

“Organizations need profits even though they’re called non-profits. That’s the way they can invest back in themselves and build up healthy reserves to support their operations,” said co-author Annie Chang. She says says early childcare providers’ tight budgets can prevent them from expanding care to more children.

The report also found that early childhood workers in L-A earn an average of only $21,000 a year.

Berkeley’s Center for the Study of Child Care Employment found the median hourly wage for childcare workers was $10.72 in 2017.

Organizations First 5 LA and the California Community Foundation partnered with the Nonprofit Finance Fund to create the report. 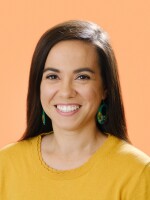 Mariana Dale
I explore and explain the forces that shape the lives of kids 0-5 and their families, from mom’s health to kindergarten and just about everything in between.
See stories by Mariana Dale
Support for KPCC comes from:
Become a KPCC Sponsor