There's a lot at stake in the 2020 Census — particularly in LA County, which is considered to be one of the hardest places in the nation to count. That's in part because communities of color and low-income communities pose a challenge for census takers.

One of the hurdles? Worry about how the government will use the information for this census in particular. Especially as the Supreme Court mulls the adding of a new question about citizenship.

The Census Bureau promises privacy and has protections in place, but its data has been used for political purposes in the past.

Within months of the Japanese attack on Pearl Harbor in 1941, tens of thousands of Japanese Americans living on the West Coast were quickly rounded up and forced into internment camps.

It later became clear that the speed of the detentions was possible in large part because of information shared by top Census Bureau officials. Those officials had access to up-to-date data from the 1940 census. 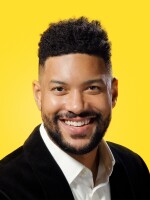 Austin Cross
I pretty much grew up in front of a microphone. My dad was a radio guy. I suppose I developed a knack for it early.
See stories by Austin Cross
Support for KPCC comes from:
Become a KPCC Sponsor