This report ranks the most polluted cities in America. Guess where LA landed

This is one ranking where Angelenos wish we didn't come out on top. The American Lung Association released its annual "State of the Air" report Wednesday, and the Golden State gets plenty of mentions — but not in a good way.

Los Angeles successfully defended its title as the city with the worst air pollution in America, a distinction it's held for nearly all of the report's 19-year history.

Long Beach joins L.A. as the most air-polluted metro region in America in terms of ozone pollution. Seven other California cities also made that list, including Bakersfield and San Diego.

Here's the full top ten list of the most polluted U.S. cities by ozone, according to the report:

You can view the full city rankings here.

What about the cities with the cleanest air? There's a list for that, too. Not a single California city cracked the top 15 in any of the rankings.

Southern Californians wondering how their county ranked for air quality can look up the report card and compare their air to other counties.

The report found that particle pollution, which includes hazards like wildfire smoke and diesel exhaust, was down across the country. But ozone pollution, which can be aggravated in warmer temperatures, "worsened significantly."

More than four in 10 Americans live in counties where the air is unhealthy, according to the report, which compiles air quality data from the Environmental Protection Agency.

The report also singled out climate change as a factor in increased health risks.

"Near record-setting heat from our changing climate has resulted in dangerous levels of ozone in many cities across the country, making ozone an urgent health threat for millions of Americans,"  American Lung Association National President and CEO Harold P. Wimmer said in a press release. "Everyone deserves to breathe healthy air, and we must do more to protect the air we breathe by upholding and enforcing the Clean Air Act."

Those federal protections are at risk, according to the association. It mentions EPA director Scott Pruitt 13 times in its report, pointing to ways they say he is attempting to roll back or create loopholes in the law.

The report lists six "key threats" in the fight for cleaner, healthier air — including the current battle over vehicle emissions standards.

You can read the full report below: 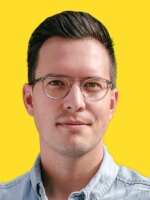