Recreational marijuana sales become legal in California on Jan. 1, but what this means for consumers, businesses and individuals has left some folks dazed and confused.

We reached out to community members to invite questions about marijuana and the soon-to-be largest legal pot economy in the country as part of our "SoCal. So Curious." initiative. Here are some of the questions you asked, which we were able to answer thanks to previous reporting by KPCC's Jacob Margolis.

Jody asks: I want my tenants to feel free to grow plants in their backyard for personal use as of Jan. 1. Should I write that into their lease renewal?

Under California law, it is already legal to smoke, possess and grow up to six plants of marijuana on your private premises. But the passage of Prop. 64 didn't automatically make it legal to grow or smoke in all rental units. It all depends on what is allowed – or, more specifically, prohibited — in the lease: If your lease prohibits the growing of marijuana, then you're not allowed to do so. If your lease doesn't prohibit it, you're allowed to do so.

Anonymous asks: As a landlord, I am unsure what happens when Section 8 tenants use marijuana, which is still illegal since section 8 is a federal program.

Tim asks: Will bakeries like Lincoln and Little Flower Baking Co. be able to sell weed ediibles? What about grocery, drug and/or liquor stores?

That's up to the bakeries — and the state and city. Only specially licensed stores will be able to sell marijuana. The state will issue licenses to growers, distributors and sellers who will have to adhere to certain rules. And the regulatory system may take more than a year to get going, says Lynne Lyman, the director of California's Drug Policy Alliance and one of the people who helped write Prop 64.

Abby asks: Will I still need to get a doctor's authorization, or will I be able to walk into a store and buy pot without showing ID?

You still need to prove you're at least 21 years old. Once you've done that, you will be able to buy and carry 28.5 grams (about 1 ounce) of marijuana flower; the limit for marijuana extract is 8 grams.

Jen Zakur asks: Will pharmacies and recreational stores be separate or will customers be charged based on whether they have a medical card?

We asked Beau Kilmer, co-director of the RAND Drug Policy Research Center, a version of this question back in 2016. Kilmer told folks not to expect to walk into a supermarket and buy a joint, pointing out that individual retailers need to be licensed and that individual cities can still decide whether to issue licenses – even though sales have been legalized statewide.

The legalization of recreational marijuana sales — and the addition of state and city taxes — means weed is about to get a lot more expensive, jumping as much as 70 percent in cost in some cases. Medical marijuana costs are expected to rise, too, but not as much. Consumers with a valid medical marijuana identification card would not pay sales taxes.

This story is part of KPCC’s 3-day series on the changing attitudes and new laws around recreational pot in California. Find more coverage here. 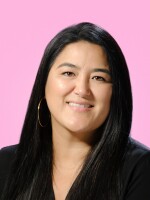 Ashley Alvarado
Fun fact: I’ve got the best job. Every day I get to think about the communities who make up Southern California and strategize ways KPCC/LAist can more deeply engage, reflect, and serve these new and existing audiences.
See stories by Ashley Alvarado
Support for KPCC comes from:
Become a KPCC Sponsor