Gil Garcetti told AirTalk’s Larry Mantle he feels the attorney general, rather than the district attorney, should investigate incidents in which an officer fires on civilians, and decide whether the he or she acted within the law

Currently, that's the responsibility of the District Attorney’s Office, but — Garcetti said — given how closely prosecutors work with local police in their jurisdictions on other cases, it may not be the best arrangement.

“I now believe that an independent prosecutor, perhaps the Attorney General’s Office, should handle every case where there’s a police officer-involved shooting that results in the wounding or death of a citizen,” Garcetti said. “If you’re working hand in hand, how can you really look at a case objectively and bring a prosecution?”

Garcetti's statements come on the heels of an investigation by KPCC, which found between Jan. 1, 2010 and Dec. 31, 2014, at least 375 people were shot by on-duty officers, Los Angeles County district attorney records show. One in four of those people shot by officers was unarmed. No officers were prosecuted for any of those shootings.

Garcetti, who was D.A. from 1992-2000 and is the father of L.A. Mayor Eric Garcetti, said he hasn’t always felt that the attorney general should investigate incidents; at one point, he added, he really felt that the D.A.’s Office was big enough and had the personnel to handle the cases objectively.

“Now, I believe that even if you feel that way, there’s a perception, in the minority communities especially…that there is an inherent conflict between the District Attorney’s Office and the police.”

Garcetti recalled one instance in 1978, before he was D.A., where he had been attending a court trial of a law enforcement officer who shot a man in the back while police were trying to regulate a party. On the day of the verdict, Garcetti says the judge took the bench. He began going over all the reasons why he was going to convict the officer. He then paused for a moment, declared the officer “not guilty,” and walked off the bench.

“Everyone was dumbfounded," Garcetti said. "I went in to his chambers — I could talk to him now because the case was over — and he looked at me and he said, ‘Gil, never ever waive a jury in these cases. Do you realize how much pressure it is on judges? We work with these officers every day. I was prepared to find him guilty, that’s what my decision was going to be, but I couldn’t do it.’”

Garcetti said he believes it’s this issue that makes it difficult to convict officers, even when a jury is present; the verdict has to be unanimous.

“Don’t forget, you have to get every juror," Garcetti said. "And when there’s a judgment call involved, you have a police officer who is used to testifying, may actually feel horrible about what he or she did, the tears come, the emotions come, and it is really tough to get twelve jurors to convict that police officer.”

Garcetti served as district attorney the last time an on-duty officer was charged for shooting a civilian in L.A. County, though he left office before the trial began. He said he doesn’t recall details of the case. During his tenure he also cut and then reinstated a “rollout program” to dispatch investigators from the D.A.’s Office to the scene of any incident involving a police officer shooting a civilian.

Steve Cooley, who had served as L.A. County's district attorney from 2000 to 2012 disagreed, calling Garcetti's suggestion "bogus and false."

"The state attorney general — first of all, they’re an office of very fine lawyers — but they do civil and they do criminal appeals," Cooley said. "They’re not experienced, seasoned, professional trial prosecutors."

"And, by the way," Cooley added, "the attorney general is one of the most political offices around. It is quote unquote the chief law enforcement officer, and I would suggest that they’d be much more subject to — let’s say — political pressure one way or the other by groups out there agitating for more filings, or maybe by law enforcement who feel that an officer is in the right."

Garcetti said he doesn’t regret any of the cases his office brought while he was D.A., but he added there were instances where he wished he’d had more evidence and had been able to bring charges. L.A. law enforcement's recent adoption of  body cameras for police officers, he said, could give prosecutors access to more information than has ever been available before.

“Now, when you actually see a videotape, when you can hear what’s going on, or if you see someone running away and he or she is shot in the back, that’s dramatic,' Garcetti said. "I think you will, in fact, see more convictions than we’ve seen in the past.”

Garcetti said he thinks that having access to video of officer shootings will make it hard for a prosecutor to decline to file charges in many officer shooting cases. However, he said, video won’t solve all the problems.

“Not all videos tell the entire story," he said. "So, you have to be careful in just basing a filing decision on whether to prosecute someone on one video alone." 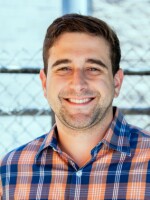