Where to watch Dodger games in SoCal this season

Monday's opening day at Dodger Stadium marks the start of the season, but there's nothing new with the Dodger TV dispute.

About 70 percent of fans won't be able to catch a game on their TV this season, KPCC's Ben Bergman says, and while that's been a burden to many blue-blooded fans, it's been a boon to some sports bars and restaurants.

While Echo Park establishments like The Gold Room say business has remained steady, others have seen a slight uptick in patrons.

"We still get a lot of people regardless," Julia Blum, who works at Charlie's Trio, said. "But this year, it's even more. I've gotten about 20 calls from people today asking about the game."

Of course, your local watering hole isn't the only place to catch a game. Major League Baseball streams games online for paying customers, for $129.99 per year or $24.99 per month. Those games are in high definition and can be streamed in Spanish, according to the MLB's website.

But before you reach for your wallet: the MLB app only streams "out-of-market" games, meaning you can't watch Dodger games live in Los Angeles.

In the spirit of opening day, we offer a list of venues around our listening area where you can watch the season's games. We've called each to be sure they're planning on screening every game, but you might want to call ahead to confirm before going out of your way,

Have more to add? Let us know in the comments! 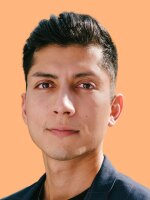 Aaron Mendelson
As senior data and investigative reporter, Aaron Mendelson reported on money in politics, police shootings, the lottery, the militarization of law enforcement and more. His 2020 story on a troubled empire of rental housing was recognized by the Online Journalism Awards and the IRE Awards.
See stories by Aaron Mendelson
Jennifer Velez
Jennifer Velez is an Apprentice News Clerk, Digital Media for KPCC.
Kristina Bravo
Kristina Bravo is an Apprentice News Clerk for KPCC's Digital Department.
Support for KPCC comes from:
Become a KPCC Sponsor