A plague-infected squirrel has prompted the closure of three campgrounds in the Angeles National Forest.

The compromised critter was trapped on July 16 — this week the animal tested positive for bubonic plague.

The disease is spread through flea bites and can be fatal if untreated. Bubonic plague symptoms "appear suddenly, usually after 2 - 5 days of exposure to the bacteria," according to the National Institute of Health:

SYMPTOMS OF THE PLAGUE (via NIH)

TREATMENT FOR THE PLAGUE (via NIH)

The Los Angeles Daily News reports Wednesday that some areas of the Table Mountain campground — located near Wrightwood about 50 miles northeast of L.A. — will be closed for at least a week while officials dust squirrel burrows in an effort to control fleas. The shutdown is in effect at the following camps:

HOW TO STAY PLAGUE-FREE

The advisory recommend that visitors to other recreational areas:

Fielding says to protect yourself with an insect repellant that contains DEET if you plan on visiting the forest — products with DEET are not safe for pets, however.

I SEE A DEAD SQUIRREL. WHAT SHOULD I DO?

According to the advisory, members of the public who see dead ground squirrels in recreational areas should call the health department's "Vector Management Program" at (626) 430-5450.

This story has been updated. 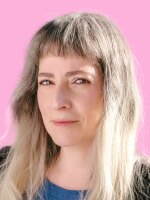