KPCC reporters have been talking to Southland scientists and engineers and counting down the days until NASA's most ambitious rover yet — Curiosity — prepares to land on the Martian surface. Follow the series online.

The excitement and anticipation for science fans is nearing fever pitch as Sunday’s planned landing of the Mars rover Curiosity approaches. But what about the casual follower, whose knowledge of the Red Planet comes from, uh, less exalted sources?

But, really, who has time to learn actual science about the Curiosity expedition? If you’re like me, with your DVR backed up with hours of a shirtless Michael Phelps — swimming shirtlessly — consider this a guide to How to Talk about Mars Through the Artifice of Pop Culture, and Influence People.

By starting with Weezy, you’re:

A) Deflecting any suspicion that you’re not really into Mars because you’re into a rapper who’s trying to establish a telephonic connection with the Red Planet, and

B) Avoiding the obvious, like H.G. Wells’ "War of the Worlds," infamously performed by Orson Welles and his gang.

2. Which brings us to Orson Welles.

Back in 1938, this radio drama really freaked people out and sent them running into the streets looking for cover from invading Martians (which, by the way, chose to invade New Jersey?). But, seriously, no one is going to groove to that.

Let's say you’re talking to someone who’s not a hip-hop fan but is in their 50s or loves ‘70s glam rock. Then you’ve got a sweet spot with T-Rex’s “Ballrooms of Mars”, Elton John’s “Rocket Man” and, of course, David Bowie’s “Life on Mars.”

“Take a look at the lawman/ Beating up the wrong guy/ Oh man! Wonder if he'll ever know/ He's in the best selling show/ Is there life on Mars?”

These songs are a perfect segue into a conversation about how, going all the way back to Tycho Brahe, the Danish astronomer who first calculated the position of Mars in 1576, we Earthbound beings have felt alienated and longed for a connection with something bigger out in the universe.

Just ask Billy Calhoun, a manager at Amoeba Music in Hollywood — and self-proclaimed Bowie fanatic. He’s convinced that the glam movement “encapsulates the whole fantasy of being able to go to Mars and going to Mars to escape the daily drudge of life here on earth.”

If you want to get into a full-fledged discussion about living on Mars, then movies are the way to go. And there’s a lot to choose from.

Gerry Williams founded the Mars Movie Guide and is also a physicist-slash-filmmaker. He said we’ve had “102 years of Mars as a cinema subject.”

He believes it’s inevitable that we will someday live on Mars. Like they do in the 2001 Spanish film, “Stranded” in which a group of astronauts crash lands on Mars but don’t have enough resources to keep them all alive.

But, according to Williams, the best thing you can say to someone about our long history of Mars-themed movies is that these films are a mirror for what is happening in our own culture.

For instance, in the 1950s, Williams said, we were obsessed with the spread of communism, so most movies of that era are about invaders from Mars landing on Earth to take over civilization

Now, you also have to think about your tween audience. To them you can say something like: "I was into Mars back when the only rovers were named Spirit and Opportunity — and they even had a blog." Then you can quote it verbatim:

“OMG I am soooooooo sorry that I haven't been posting, but there was this dust storm, and then another dust storm, and before that it was really cold, and I just had to catch up on my beauty sleep, you know??? Hugz!”

What 12-year-old girl wouldn’t be delighted to dish on the rival rover sisters? (That may not be an official NASA blog.)

So there you have it — a little Mars-pop for every generation. As for me, when the rover landing comes around, I’ll be multitasking: NASA’s control room on my computer, Michael Phelps on my TV. Did I mention he’s shirtless? What's your favorite piece of Mars pop culture? Share it with us in the comments below. 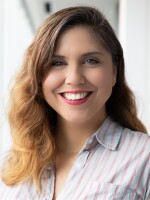