Joe Arpaio, sheriff of Arizona's Maricopa County who was recently sued for discrimination against Latinos in the community, told KPCC's Larry Mantle that Monday's U.S. Supreme Court ruling on SB 1070 "was a good ruling.'"

Supreme Court justices decided in a 5-3 vote that law enforcement can continue to check people's immigration status if "reasonable suspicion" exists, upholding the most controversial of the law's four provisions.

The May lawsuit against Arpaio accused the sheriff and his department of racial profiling Latinos. Arpaio maintains that the ruling was "politically motivated," adding that the timing of the lawsuit with SB 1070's ruling may be more than coincidence.

"They've been investigating me for three and a half years," Arpaio said. "All at once, they're taking me to court knowing that the 1070 is going down, and I presume it's an election year, so sometimes you're suspect of politics being involved."

Arpaio said he's confident that his deputies will be able to refute any accusations that surface during the lawsuit hearings. 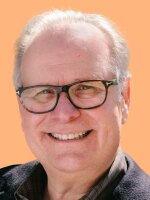