The DROP program is an expensive public pension program that hardly anyone knows about, but pays out lump sums that average $200,000 and up to nearly a million dollars in some cases. KPCC's Madeleine Brand spoke with KCET's Judy Muller, who investigated the DROP program.

"DROP" stands for Deferred Retirement Option Plan. LAPD and L.A. Fire Department personnel who've worked for at least 25 years and are at least 50 years old can "retire," then go back to work immediately. When they return to work, pension payments are held while they continue collecting a salary, and after five years, they can leave and collect that money in a lump-sum payment.

By postponing their retirement for five years, they accumulate pension payments (which are also collecting interest) and wages simultaneously.

One fire chief collected a $900,000 lump sump through this program. Deputy police chief Mark Leap participated in the program and, after five years, received a lump sum of $700,000 while also collecting his police salary during that five years.

Leap says the DROP program encouraged him to stay longer than he otherwise would have. He thinks it's a great program, as do most officers.

Leap said it allowed him to continue to make contributions, while also giving him a nest egg for his retirement. Leap described it as a win-win for both himself and the city.

Since the program began, there's been no serious audit done of cost benefits and whether the program as a whole is cost neutral.

The program was initially approved by voters in 2000 when police morale was low, following the Rampart corruption scandal and under an unpopular police chief. Veteran officers were leaving the force. The program was put in place to entice police to stay with the force.

No one's looked at the program since then to see, when pensions are costing so much and the city is facing huge deficits in the worst times economically since the Great Depression, if this is still a good program to have on the books.

Officers receive money through DROP that they wouldn't have received otherwise. Police argue that the benefit is keeping veteran officers on the job. However, it's more expensive to pay veteran officers instead of hiring new officers for less money, and with lower pension obligations.

Former Los Angeles city administrative officer Keith Comrie says that, when he was with the city, the police union came in and suggested something like this. Comrie says he was aghast. It looked like double dipping to Comrie to be receiving a pension and salary at the same time.

Comrie is out of politics, and has little to lose or gain from his comments. The current administrative officer agreed this needs to be looked at more carefully.

Chick wants to know the cost to the general fund, whether there's still the same need to keep experienced officers as when the program began and whether it's getting in the way of recruiting new officers.

Many current city officials haven't taken a stance on the program yet, but they're likely to support it due to the strength of the police and fire unions. No politician who wants to get voted into anything else is likely to go up against the unions on such a popular program.

If it could be proved that DROP was costing the city an enormous amount of money, taxpayer reaction may lead to it being looked at again, but right now, no such audit is taking place.

SoCal Connected's piece on the DROP program airs tonight at 9 p.m. on KCET.

Mike Roe
I cover arts and entertainment, from diversity issues to the latest theme park attractions. That means finding what's worth your precious free time and introducing you to your fellow creative Angelenos. I also host LAist's TV Pilot Club, where we discuss both what's great and what's problematic about our favorite shows.
See stories by Mike Roe 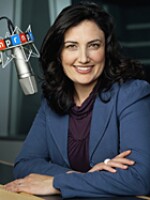 Madeleine Brand
Madeleine Brand is the host of NPRs newest and fastest-growing daily show, Day to Day. She conducts interviews with newsmakers (Iraqi politicians, US senators), entertainment figures (Bernardo Bertolluci, Phillip Seymour Hoffman, Ricky Gervais), and the everyday people affected by the news (an autoworker laid off at GM, a mother whose son was killed in Iraq).
Support for KPCC comes from:
Become a KPCC Sponsor