Patt Morrison: Why is LA still the homeless capital of the nation?

Nearly 4,000 people live on the streets in a 50-square-block area of downtown Los Angeles. Most are black, male, poor, troubled by drugs, drink, and a criminal past – sometimes all three. It has just about the most intractably persistent homeless population in any American city.

Some people can’t get a roof over their heads. Others are shelter resistant. There are those who can’t bear to abide by the rules – curfews, for instance - that come with a bed and a meal.

KPCC’s Patt Morrison took a look at Skid Row, the policing that goes into it and talked to people affected by it during a two-part series.

Its inception as an idea came from the pages of 1982 Atlantic Monthly magazine article, and moved to the streets of Los Angeles.

James Q. Wilson, a senior fellow at the Clough Center and a Distinguished Scholar in Boston College’s Department of Political Science, and social scientist George Kelling wrote the 1982 article “Broken Windows.” It introduced the broken windows theory of policing, which became the model for Safer Cities.

“The broken windows theory is a way of calling attention by the police to the fact that first the public likes order rather than disorder, and secondly the possibility that by bringing order to communities it’ll reduce the crime rate in those communities,” Wilson said in an interview with Morrison.

The phrase comes from a project by Philip Zimbardo, a Stanford University psychologist. He parked two cars on the streets, one in affluent Palo Alto, the other in a poor section of the Bronx. Both cars had their hoods propped open. Nobody touched the car in Palo Alto. Since nobody touched the car, Zambardo decided to break the window to see what affect that would have. Within hours, all the car’s windows were broken. In the Bronx it was the same effect.

Within minutes the car in the Bronx was stripped, Wilson said.

The theory, Wilson said: “The job of the police is to take seriously disorder.”

The small crimes could lead to bigger ones if ignored, Wilson said.

Villaraigosa and Bratton, who became LAPD Police Chief in 2002, launched Safer Cities in 2005, deploying 50 cops over 50 blocks, making the area the most policed neighborhood in the nation.

Old Blu: LAPD's effort to reach out to homeless on Skid Row
“That’s huge,” said Deon Joseph, the LAPD senior lead officer whose beat is Skid Row. “That’s nothing to sneeze at.”

General Dogan, a Skid Row resident and activist with the Los Angeles Community Action Network, said the beefed up police presence was unjustified and that it criminalizes homelessness.

“They proceeded basically to criminalize Skid Row,” he said. “The police came out here with the attitude that everybody black was either on probation or parole or you’re a dope fiend or this and that. They would come out and just throw you against the wall.”

Villaraigosa’s plan was about targeting crime, urban blight and decay.

The LAPD was supposed to figure out how to do that, working with residents of Skid Row and the public and private agencies that operate there.

Five years later, police are going strong, but the social services lag behind.

The city's Streets or Services Program, an alternative housing program is on hold because of a lack of funds.

Police feel like they can fill the gap and be social workers as well.

But it’s a classic difficulty – coordinating with two government agencies and collaborating turns out to be very difficult.

“My personal viewpoint is that politics is gotten too far into justice,” Joseph said.

Wilson thinks the city has had great success in turning theory into practice but has a long way to go.

“Making the streets safer by dealing to a combination of enforcement and providing services to the homeless is important, but it still leaves a lot of unanswered questions,” he said.

He asks: How do you prevent homelessness? What’s the best way to keep people off streets permanently? 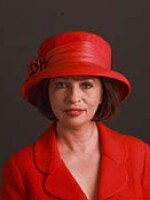 Patt Morrison
Patt Morrison is a writer and columnist for the Los Angeles Times, where her work has spanned topics from national political profiles and campaign coverage to the O.J. Simpson case, the Los Angeles riots, the Persian Gulf war, the Olympics, the fall of the Berlin Wall, the Super Bowl, and Britain's royal family, including the death and funeral of the Princess of Wales.
Jason Kandel
Jason Kandel is the managing editor for online at Southern California Public Radio, responsible for the day-to-day operations of the Web site, helping set new media strategies, and coordinating news projects between radio and online. Before that, he was the online editor at the Web site of the Los Angeles Daily News. There, he reported breaking news, directed breaking news coverage, wrote enterprise stories for online and print, posted blog entries to the crime blog, Mean Streets, and shot and edited video. Kandel is a native of Southern California and graduated with a bachelor's degree in communications from Cal State Fullerton.
Support for KPCC comes from:
Become a KPCC Sponsor