Fifty years ago, Bruce Iglauer wanted his boss, Delmark Records owner Bob Koester, to release music from a blues trio called Hound Dog Taylor and the Houserockers. Iglauer, a young shipping clerk and protégé of Koester's, was drawn to the group's cheery, danceable songs and felt compelled to share them with a wider audience. But Koester declined. So, Iglauer decided to strike out on his own, and Alligator Records was born. Since then, the Grammy-winning label has released work from many well-known artists, including Albert Collins, Marcia Ball, Robert Cray, Koko Taylor, Shemekia Copeland and Charlie Musselwhite.

Iglauer joined NPR's Scott Simon to speak about the legendary blues label and its new, three-CD set, 50 Years Of Genuine Houserockin' Music. Listen to the full audio above, and read on for highlights from the interview.

This interview has been edited for length and clarity.

On Hound Dog Taylor's music, the inspiration behind Alligator Records

"It was the happiest music I had ever heard. You know, Hound Dog didn't do slow, cry-in-your-beer blues. He did blues to make you drink your beer and get up and dance. It was so raw, and it was so spontaneous. It was just three guys, two electric guitars and a drum set, playing cheap equipment in a club that didn't even have a stage. And the music just made me want to dance and jump up and down, and it needed to be shared. It felt so great."

On Shemekia Copeland's "Clotilda's On Fire"

"It's a song about the very last slave ship that came to the United States, to Mobile, Ala., just before the Civil War. By that time, importing slaves was illegal, but they did it anyway. And in order to hide it, they burned the ship in the harbor after they unloaded the slaves. It was rediscovered only a few years ago, and it brought back all the memories of how close we still are to those years of slavery. Later in the song, [Copeland] sings, we're still living with the ghost. And I think this last summer, we saw a lot of that. But she actually recorded it before Black Lives Matter, and it was held because of the pandemic. ... I love the fact that she's getting outside of the traditional blues subject matter and singing songs that are for today's audience and tomorrow's audience, and I'm looking for more artists like that for the future of Alligator."

On the purpose of blues music

"Well, the blues was designed notto make you feel bad. When I first came to Chicago, in 1970, a patron at one of the blues clubs said to me, 'You listen to the blues to get rid of the blues.' You know, blues was created by horribly oppressed people down South, Black people down South. But the magic is that the music speaks to people all over the world, and it makes them feel better. It squeezes the pain out of you. It's a healing music. It's a music that's been easy for me to dedicate my whole career to, and it's a music that just keeps feeding me emotionally." 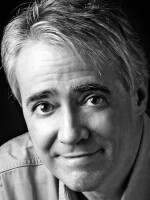 Scott Simon
Scott Simon is one of America's most admired writers and broadcasters. He is the host of Weekend Edition Saturday and is one of the hosts of NPR's morning news podcast Up First. He has reported from all fifty states, five continents, and ten wars, from El Salvador to Sarajevo to Afghanistan and Iraq. His books have chronicled character and characters, in war and peace, sports and art, tragedy and comedy. 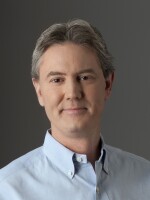