Our Mission: Why We Are Activists For Truth

A moment in Larry Mantle’s recent conversation with Steve Inskeep has stuck with me.

The NPR Morning Edition co-host was in our Pasadena studios to talk about his latest book, Imperfect Union. Asked how he approaches his day job, Inskeep told a story about the time he dispassionately called a heartbreaking loss for his high school football team. That “straight call” earned praise from a veteran broadcaster he admired. It’s a lesson, he said, that stayed with him.

Mantle, who has hosted KPCC’s AirTalk for decades, responded:

“You can’t do this work if you’re wired like an activist. I sort of see my wiring as more how a teacher would be, wired where you’re amassing information. You’re leading people through a story, and the joy is in people coming to their own conclusions.”

Activists for truth. Finding joy in people reaching their own conclusions.

What a compelling description of what our newsroom strives to deliver every day to Southern Californians.

These were my thoughts even before my colleague at NPR came under attack for doing her job.

If you haven't been following the story, Secretary of State Mike Pompeo angrily objected to being questioned about Ukraine during an interview with All Things Considered co-host Mary Louise Kelly. Pompeo didn't care for Kelly's questions on air and the conversation grew even more contentious behind closed doors.

The next day he accused Kelly of lying about the topic of the interview and then reporting a conversation he claimed was off the record. [Including his odd demand she locate Ukraine on unmarked world map.]  Kelly has denied both claims and media outlets have reported on emails between her and Pompeo's staff that back up her assertion she told them the interview would go beyond questions about Iran.

Then, this week, the State Department denied credentials to NPR's Michele Kelemen, who'd been scheduled to cover Pompeo's trip to Europe.

Why does it matter? Because as Lansing notes having access to people in power is fundamental to "the role of journalism in America.

Get KPCC in your inbox

Or, check out all our newsletters >

I want to take a few minutes to tell you more about how our newsroom works and why you’ll be hearing more from us about our mission and ambition.

Listeners may have noticed a new phrase on our air: “Democracy needs to be heard.” It’s a statement you’ll also start seeing on billboards and bus benches around Los Angeles.

It’s part of the first marketing campaign for our station in many years. The goal is to make more people aware of what we do and why we do it. We also want to grow our audience and our supporters, so we can do even more original journalism.

Southern California Public Radio — home to 89.3 KPCC, LAist Studios, and LAist.com — turns 20 this year. SCPR was born out of a belief that the region would embrace and support a news-focused NPR station serving Southern California with original programming and reporting.

In the two decades since, our members stepped up and helped us build what is now one of the biggest newsrooms in the region. We’ve gone from cramped quarters in the library of Pasadena City College, to a new headquarters in 2010, to today, when we have to scramble for desks for our growing operation.

If you’ve ever heard me on-air during a pledge drive, you’ve heard me talk about how remarkable it is that your support has fueled our ambition and growth. We’re the most listened to NPR station in Southern California. The public media model depends on people donating their hard-earned money because they believe in what we are doing. You don’t have to pay a dime to listen to us on your radio, or stream us on your smart speaker or our app. You’ll never hit a paywall when you visit our website.

Our relationship with you isn’t transactional — that’s one of the ways nonprofit member-supported newsrooms are different. Instead, we make a case that what we do matters, that it’s valuable to you — so valuable that you voluntarily support us (even though you can still listen and read if you don’t).

It’s why we take community engagement so seriously. That means listening closely to your concerns, answering your questions, meeting you in person, thinking about how our coverage can be both for and about Southern Californians.

In September, we were awarded the first-ever Gather Award for engaged journalism from the Online News Association. In December, we won our second-in-a-row Champion of Curiosity Award for our breaking news coverage of the wildfires.

Our approach to engaged journalism has been transformational for coverage, and we’ve emerged as a clear leader in the industry — sharing what we’ve learned with other newsrooms.

We talk a lot about our public-service mission in this newsroom. It permeates how we approach stories. It’s why our reporters, producers, hosts and editors choose to work here.

And we’ve made this promise to you:

“You deserve great local news — and we need your help to find those stories. We listen to what you’re curious about, what keeps you up at night, and who you want held accountable. We’re inviting you to be part of the conversation.”

We do this work because of you. We do it for you and with you.

We’ve spent quite a bit of time thinking about how we’re finding and telling stories, and how we can do an even better job of delivering reporting that you won’t find anywhere else. We want our reporters to spend their energy on original stories (and not get stuck echoing information that everyone else is reporting).

To that end, each reporter has their own individual mission statement to reflect their goals in covering communities and crucial issues.

The free press is a cornerstone of democracy. That’s why in 1786 Thomas Jefferson wrote:

"Our liberty depends on the freedom of the press, and that cannot be limited without being lost."

More than 200 years later, Nelson Mandela said: “A critical, independent and investigative press is the lifeblood of any democracy.”

Activists for truth. That means scrutinizing the information we receive from our sources or uncover through our reporting. It means giving you the context you need to consider what is fact and what is spin.

It’s truly an exciting time to work in our newsroom.

We have ambitious plans for coverage of the upcoming California primary and presidential election.

We have so much great work in progress — including three in-depth investigations scheduled to publish in the coming weeks.

Those stories took months to report, involving thousands of public documents, hundreds of miles of travel, and data analysis that no one else has done.

And it was only possible because of your support. 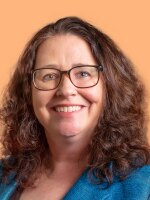 Megan Garvey
I lead this mission-driven newsroom where our focus is on delivering original, distinctive and ambitious reporting. I've challenged our talented journalists to do three things in their reports: speak with authority, be a human and explain L.A.
See stories by Megan Garvey
Support for KPCC comes from:
Become a KPCC Sponsor