For those of us who grew up in the South, a New Year’s Day meal was not complete without a plate of black-eyed peas. I recall my grandmother, who lives in California but never lost her elegant Tidewater Virginia drawl, simmering these unassuming cream-colored black-dotted legumes in plenty of water in a big pot. She added bay leaves and a smoked ham hock. When tender, the peas were served hot with collard greens and buttermilk cornbread. It was a hearty, tasty meal meant to bring lots of good luck in the new year.

But how did the humble black-eyed pea get to the New Year’s Day table?

“Peas have been all that stood between Southerners and starvation at times,” said Jamie Ross, who is making a documentary film about the mixing and melding of African, Native American and European cultures — specifically regarding food — in the American South. “Booker T. Washington talks about how if they didn't have anything else, people had peas and cornbread. Maybe that's why we eat them on New Year’s Day. They remind us that we've made it this far and we can make it another year.”

Most of the black-eyed peas we eat today are grown in California. But this legume, along with hundreds of other pea varieties, has long been a staple of Southern cuisine. There’s a recipe for pea fritters in “The Virginia Housewife,” which was penned by Mary Randolph in 1824. In an op ed about peas for the New York Times, culinary historian Jessica Harris explains how black-eyed peas came here from West Africa: “After being domesticated there 5,000 years ago, black-eyed peas made their way into the diets of people in virtually all parts of that continent. They then traveled to the Americas in the holds of slave ships as food for the enslaved.”

Chef and culinary anthropologist Scott Alves Barton says that age-old superstition ingrained in so many Southerners about eating black-eyed peas on January 1 to ensure a prosperous new year could also have West African roots. In some cultures, it’s customary to offer a dish of black-eyed peas called omolocum to the deities in the hopes that new doors will be opened and positive change will occur.

“Many cultures have lucky foods and food that they eat at the new year,” said Barton. “Black-eyed peas are often seen as a metaphor for coins or money. The collard greens are usually seen as a metaphor for paper money or what was called ‘folding money’ historically and the pig was also important because pigs walk forward. You want to go into the New Year with something that’s trying to progress.”

Whatever the reason for why we eat peas on New Year’s Day, many of us will once again be pouring a familiar bag of dried black-eyed peas — perhaps the California Blackeye No. 5 variety — into a pot full of boiling water along with smoked ham and bay leaves. Simmer for an hour. Adjust seasonings. Eat with gusto. Happy New Year! 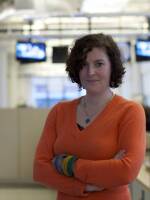